Chicano! The History of the Mexican American Civil Rights Movement

In this companion volume to the 1996 PBS series of the same name, Rosales (history, Arizona State Univ.) describes the ten-year period of the Chicano movement from about 1965 to 1975. The author also situates the political movement of this time period in the historical context of 19th- and early 20th-century political activity. As such, his work is a valuable historical summary of political activism of Latinos of Mexican descent. An underlying theme is the discussion of their role in the overall American Civil Rights movement of the Sixties and Seventies. The value of Rosales’s book is enhanced by the use of interview transcripts done for the TV series. The volume will be valuable for all libraries with collections on U.S. history. 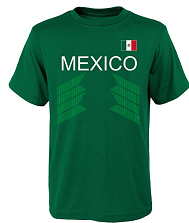